Hot! Who said it was hot! 39 deg. C in the shade at noon yesterday and again today!

A few moths photographed on 26th and 27th. I went to bed early last night but as Duncan mentioned, it's going to be too hot to sleep over the next few days and provided there is no wind here, I will probably be mothing again tonight! 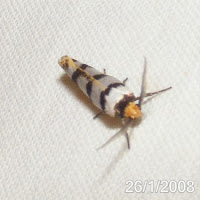 
Unfortunately, this is a less than satisfactory image. The sheet began to billow as I tried to record this moth. It didn't hang around for a second attempt! :-) 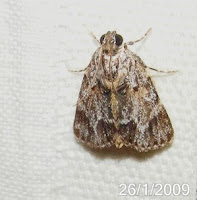 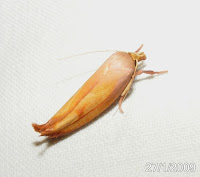 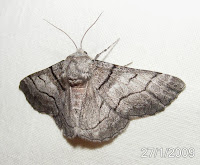 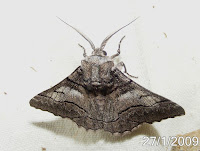 No. 6 Hypobapta sp (female and male, I think)

Although this moth looks very much like Hypobapta diffundens and I would have called it H. diffundens until I read that species has a wingspan of only 2cm. My larger moth had a static winspan of at least 5cm.

UPDATE: I have received advice that Hypobapta diffundens has a small wingspan (thanks Donald) although images I found of this species appeared to match my moth better than my first identification choice of Hypobapta percomptaria which is a much larger moth, so it's possible my moths are H. percomptaria. 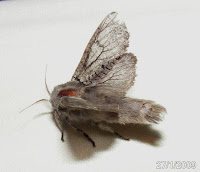 I think this has to be Clania ignobilis. I photographed the larval case of the Faggot Case Moth not so long ago.


Duncan described his "Psych" as demented! I will describe mine as maniacal! :-)


I have found almost no good images of this clearwing species of Case Moth so am not prepared to call the species. Help required! :-) 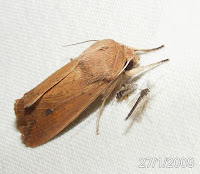 No. 9 - a striking moth
UPDATE: This moth is likely to be Dysbatus sp.
GEOMETRIDAE : Ennominae (Thanks again MH)

Nice lot of moths JL, I like that little Wingia. Any chance you could get into the Great Western cellars to beat the heat? Plenty of cool drinks there too. ;-)

I like the Wingia too, Duncan. A colourful, elegant moth.

Nah - too many hot and smelly tourists for my liking! I'll just grin and bear it here :-)